We report on a prospective analysis of more than 24,000 contact lens fits from around the world during 2010.

For the past nine years, we have described the current state of contact lens fitting worldwide in Contact Lens Spectrum. This year, we report on 24,642 lens fits in 27 markets. As in all previous years, coordinators in each market distributed up to 1,000 paper or electronic survey forms to contact lens practitioners who, in turn, collected information about their next 10 fits. Data were processed and checked in the survey administrative offices in Manchester, United Kingdom and in Waterloo, Canada.

Our surveys typically find that about two-thirds of contact lens fits are to females, with an average age at fitting in the early 30s. This year was no exception. Sixty-seven percent of fits were to women, with individual markets ranging from 57 percent in Israel (excluding Iceland with its low return) to 79 percent in China (Table 1). The oldest patient receiving lenses for the first time was a 95-year-old female in Japan. She was prescribed high-water-content hydrogels for extended wear.

The mean age for patients was 31.0 years; the lowest average age was 24.4 years in Nepal, and the highest was 34.9 years in three northern European markets—Norway, Sweden, and the United Kingdom. In general, more mature markets report older patients, principally driven by a larger, more experienced pool of existing wearers returning for refitting. About one-third (35 percent) of fits were to new patients, confirming that most lenses are prescribed to existing wearers.

Overall, rigid lenses accounted for 9 percent of fits (Table 2 and Figure 1). Table 3 shows a detailed analysis for the 11 countries that provided information for 35 or more rigid lens patients. Rigid lens fitting remains strong in Japan, the Netherlands, New Zealand, and Portugal with a high proportion of orthokeratology fits in the latter three markets. On the other hand, some major markets have seen a significant reduction in rigid lens fitting in recent years including Australia (14 percent of fits in 2005 compared with 0 percent in 2010), Canada (8 percent versus 1 percent), and the United Kingdom (7 percent versus 4 percent). 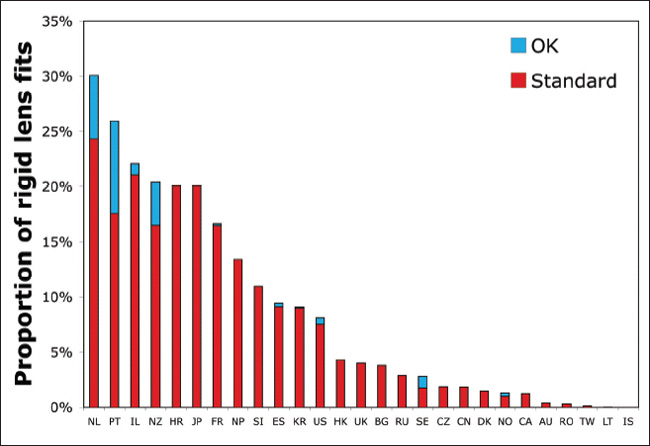 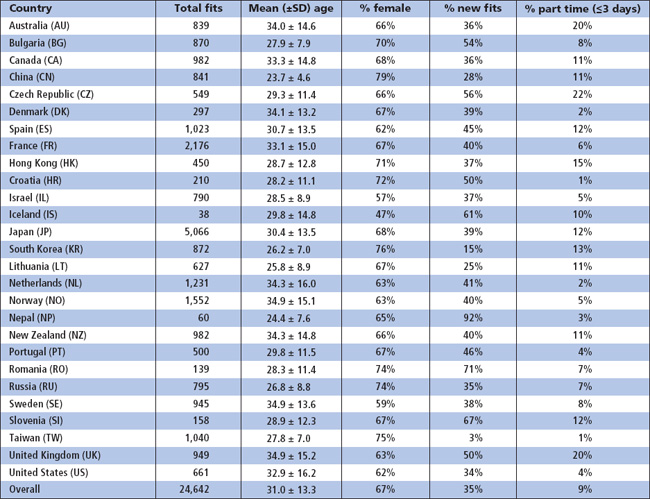 Table 1. Demographic information for the 27 countries surveyed in 2010. 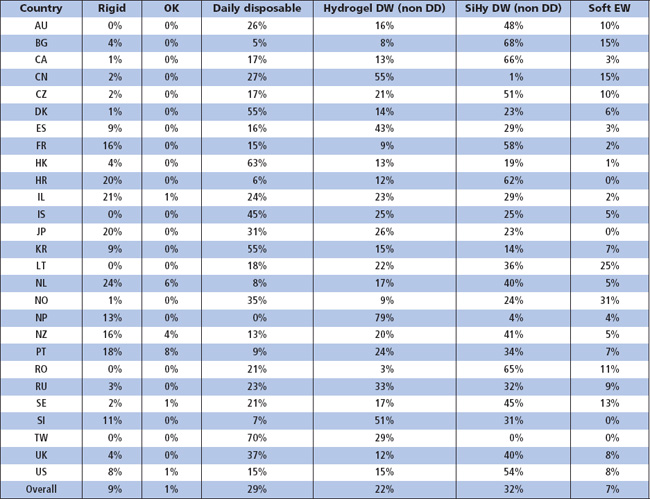 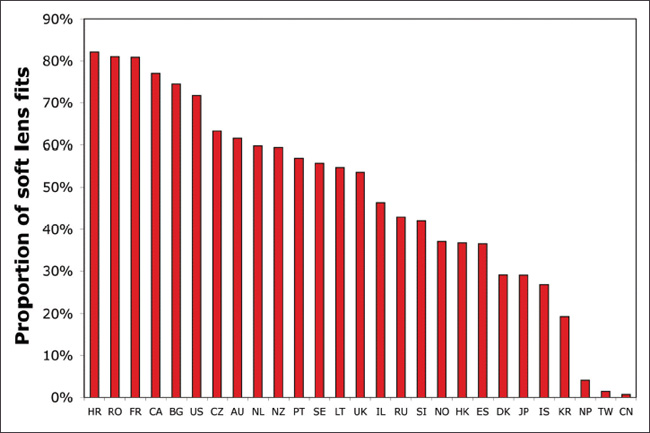 High-Dk lenses (>90 units) are the rigid lens of choice overall, accounting for 62 percent of fits. Most rigid lenses (65 percent) are prescribed on a planned replacement modality (usually annually); a significant amount of extended wear prescribing was reported for New Zealand and Portugal, mainly due to the popularity of orthokeratology outlined above.

Soft contact lenses continue to dominate most markets and indeed account for close to 100 percent of fits in Australia, Canada, Denmark, Iceland, Lithuania, Norway, Romania, and Taiwan. Overall, 91 percent of reported fits were with soft lenses (Table 4). Daily disposables have now reached 30 percent of fits, with this value significantly higher in Hong Kong (75 percent), Denmark (62 percent), and Taiwan (57 percent). Silicone hydrogel materials account for more than half of all soft lenses prescribed (51 percent) and now represent 73 percent of lens fits in the United States (Figure 2). Low-water lenses are fitted in only 7 percent of soft lens patients.

Presbyopic corrections (multifocal and monovision lenses) represent 12 percent of soft lens fits globally; this value varies markedly, from 0 percent in Korea to 36 percent in Sweden. Closer analysis of the Swedish data demonstrates that for new fits to patients older than age 45, 62 percent are prescribed a multifocal lens (with a further 12 percent provided with a monovision correction). A similar analysis for France and Portugal demonstrates that 79 percent and 100 percent, respectively, of new patients in the presbyopic age range are prescribed a multifocal contact lens. 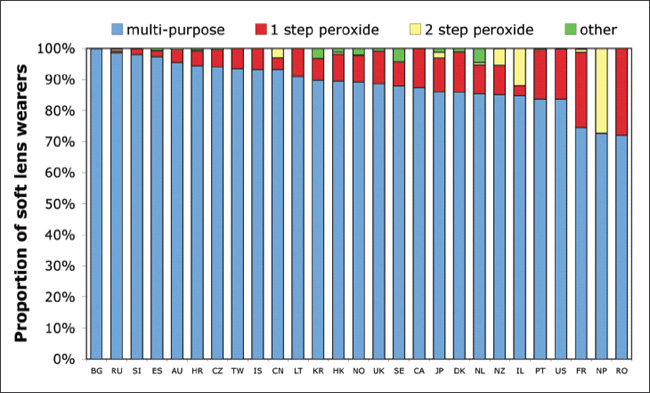 Figure 3. Care systems prescribed for use with soft lenses. 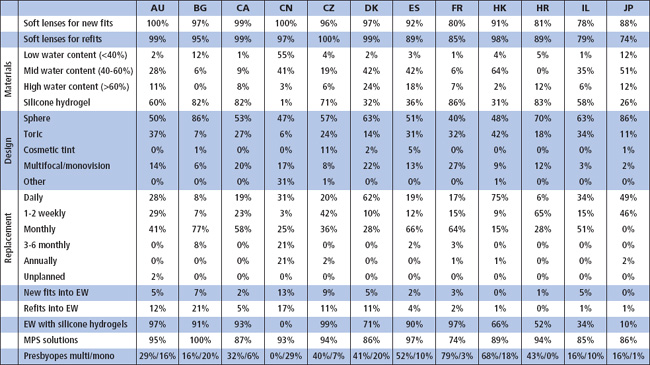 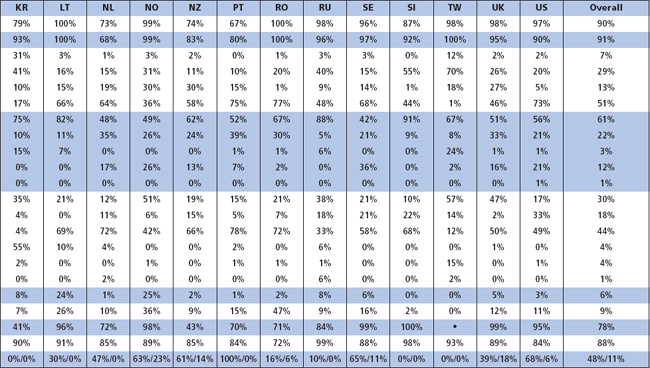 The final row indicates the proportion of multifocal and monovision lenses prescribed when patients were older than 45 years of age.